Creative South is an annual 3-day conference down south in Columbus, GA catered toward creatives ranging from artists, graphic designers, developers, letterers, and more. It had been on our radar for quite some time and we decided this year we had to make it happen.

What an incredible experience! It was like being amongst our creative brethren. The conference took place at the historical Springer Theater in downtown Columbus. Each day was filled with talks from various creatives, covering different topics from realities of failures, pricing your clients, cultural influences on design, and much more. With the hoard of experiences and creative backgrounds of each speaker, there truly wasn’t one bad or unnecessary talk during this conference. The perspectives alone were enlightening.

You know what else was awesome? The SWAG! From free camping backpacks and t-shirts to all the amazing art, we left with way too much cool stuff, and much lighter wallets. Besides that, we even got to witness the creative artistry of various conference-goers who battled in the different events like the Adobe Creative Jam and Ink Wars.

The vibe at Creative South was great. Still an intimate festival, their slogan “Come as friends and leave as family” rang true. We met so many awesome creative people from all over the country, sharing the same love for the creative field. Office spaces are slowly, but surely, moving away from the typical boring white walls. These days more companies are heading in the direction of colorful decor that brightens up company moral and makes a statement about one’s business. Companies like Google and Facebook inspire visual effectiveness when it comes to office decor and a sure fire way to do that is getting creative with art installations.

The Benefits of an Office or Retail Art Installation

In general, visual elements create an exciting atmosphere in the workplace. Colorful custom installations create a new boost of energy and can positively impact employee performances. In addition to that, it influences productivity levels, moods, and employee behavior. They also become an instant eye-catcher for new and existing customers.

We’ve discussed office spaces and installations on office walls but that doesn’t necessarily restrict your creativity to just that. You can spruce up outside walls that can attract the attention of an entire community in addition to your office space. Think big!

Art Installations can send a message.

Installations are always custom and unique and can provide a statement about your company and what your brand represents. As a design company, the Bright Light office art sends the message of “Create Your Future” as we create productions and solutions for companies that ensure the opportunity for businesses to grow and evolve. Depending on what your brand stands for, there’s always a creative outlet that will allow you to stand out.

Check out some photos of art installations we’ve done below.

Ready to spruce up your office space? Contact us today!

We teamed up once again with our clients over at DTZ and Cushman & Wakefield, for a property shoot in and around Montgomery County, Maryland. Our purpose for this shoot was to showcase 9 (nine) different property listings available to be used for various marketing materials aimed toward future tenants.

Over three days, we made stops all over the Rockville, Bethesda, and the Downtown Silver Spring area, capturing beautiful shots of each of the properties, various floors that include the lobby, tenant spaces, and aerial views from the property rooftops. In addition to this, we captured several surrounding amenities that capture the desirable features available for each properties in the heart of each city (restaurants, shopping, etc).

Below are some behind the scenes images of the shoot.

And with over 2,000 attendees, the event was definitely a success!

BLM was responsible for branding the event, putting together a logo and all the marketing materials to share with the community. We put together an event website, designed posters, flyers, volunteer t-shirts, and event banners.

We couldn’t have asked for a better time, weather, or turn out. Let’s do it again next year!

Need branding for your next event? Contact us today!

We had a blast this past weekend at Awesome Con 2015. The three-day convention, that featured everything from comics to TV Shows and everything in between, definitely lived up to it’s name! BLM had a booth, showcasing all the services we have to offer from art and clothing to our latest Kickstarter-funded board game, Mixtape Massacre (we even brought The Legend with us!). It was three full days of interacting with strangers and getting our name out there to gain some interest in what we do. One of our owners, Fred Carlini, even got to speak on the panel “How to Use Social Media to Promote Your Work” thanks to the success of our recent Kickstarter project.

It wasn’t all work and no play too. We got to check out different celebrity and show panels, as well as all of the ‘awesome’ cosplay that filled the entire Washington Convention Center. It was pretty sweet to see a woman dressed as He-Man,  a family dressed like the cast Bob’s Burgers, as well as the Unbreakable Kimmy Schmidt, all roaming around in front of your eyes. We couldn’t have asked for more from our first Awesome Con experience. It was all the awesome we could have asked for.

Check out some of our photos from the event below!

It’s been a crazy ride but we’re proud to announce that our latest creative project, Mixtape Massacre, was successfully funded via the Kickstarter platform.

What is Mixtape Massacre?

Mixtape Massacre is a new board game with a killer blend of all the classic 80’s horror archetypes you know and love mixed with so much 1980s pop culture, you can practically hear the gum snapping and the Cyndi Lauper playing. In the classic 80’s horror genre, far too often we are asked to sympathize and identify with the vulnerable and, let’s face it, often dimwitted victim. In Mixtape Massacre, you enter the shoes of some of your favorite horror archetypes and bring the pain all while breathing in the references to 1980s music, film, and pop-culture.

Setting Up the Kickstarter

We did a lot of research before our initial launch on Kickstarter, but quickly learned that the entire campaign would be a learning process. Prior to the launch we had to create a social media presence on Facebook, Twitter, and Instagram. We also needed to figure out pricing from different manufacturers, shipping rates for places all over the world, advertising expenses, and then settling on a budget.

Also in the time leading up to the Kickstarter we prepared all the advertising images we would need for our Kickstarter page, as the images are really what is going to sell the product. We also produced an animated video as most, if not all projects with a video perform better than ones without.

Before launching we spent the month leading up to the launch doing social media posts to gain attention, followers, and people interested enough to spread the word during the campaign. Then we sent out our first press release to multiple outlets and began the Kickstarter.

There was plenty of feedback from the backers throughout the 30-day campaign, pointing out things like foreign shipping costs and availability as well as their own ideas for extra characters and gameplay mechanics. This lead us to do further research in order to make our game and product easily accessible to international audiences as well as more appealing for different types of players.

From the beginning to the end, we were able to lower shipping costs, become EU-friendly (allowing our product to be shipped from within the EU without any extra customs charges to our customers), add Australia to our international list, and much more. We took a lot, if not all, of the feedback into consideration, trying to make everything work for our backers and deliver the best product possible.

We recently teamed up with Keller Williams Capital Properties (KWCP) for a video shoot in honor of their RED Day event. RED Day, which stands for Renew, Energize, and Donate, is an annual event where the KWCP associates take a break from the office and serve worthy organizations and causes in their community.

We visited two locations for our shoot: Woodbridge, VA and Anacostia in South East Washington, DC. Our shoot consisted of interviews with four members of the KWCP team, going in depth about the importance of RED Day and what it means to the company and the communities that surround them. Along with the interviews, we shot the KWCP members at task with assigned service duties at each location. It’s always a great experience to see worthy communities being helped and RED Day was a great example of that.

Check out some photos from our video shoot below. 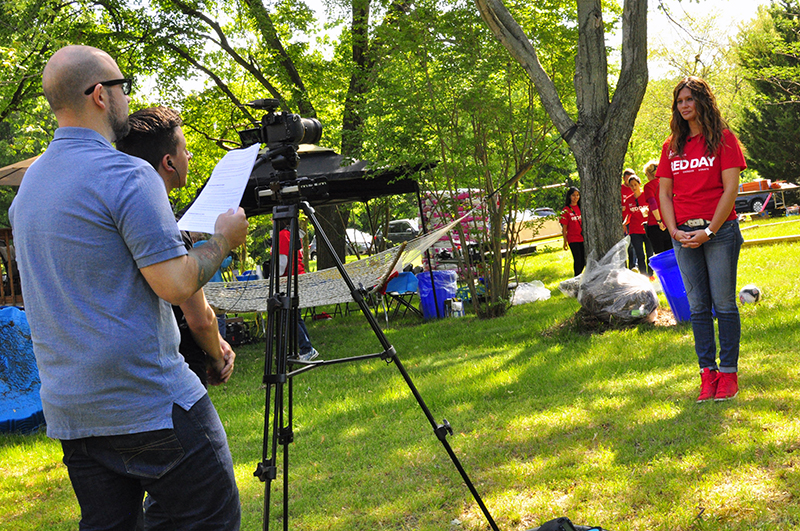 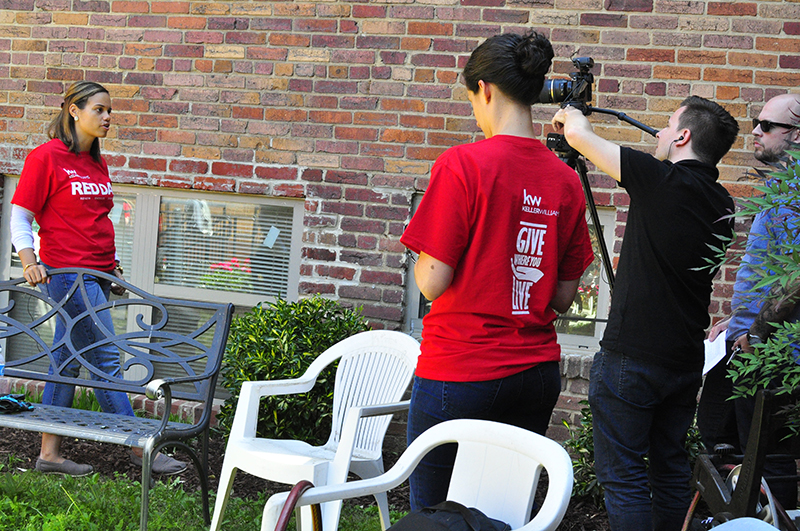 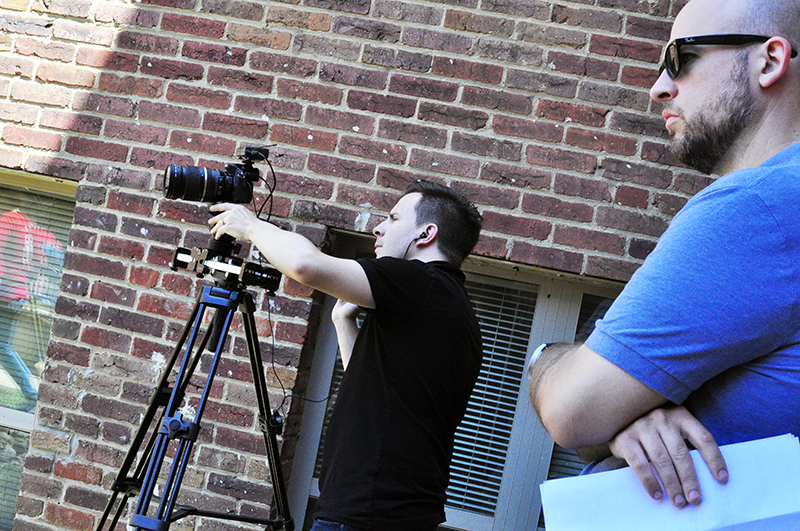 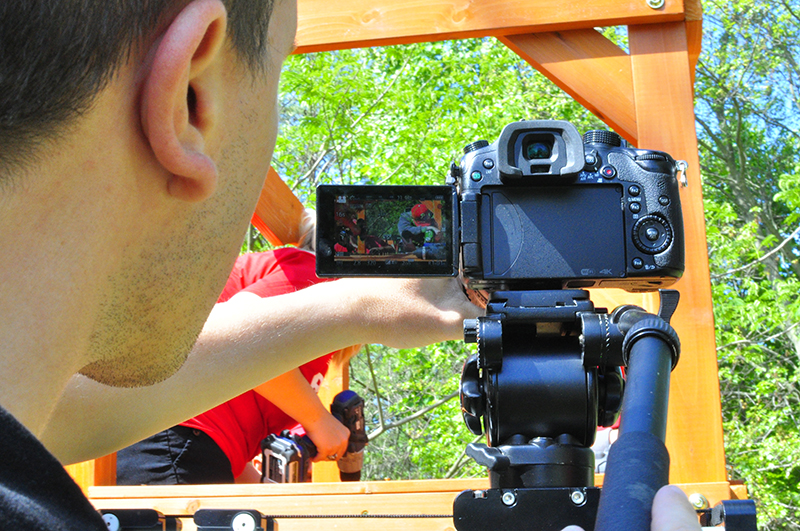 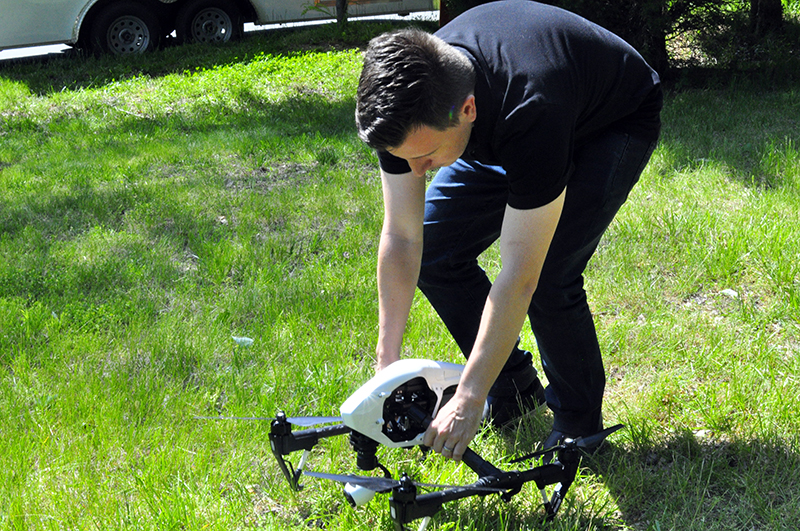 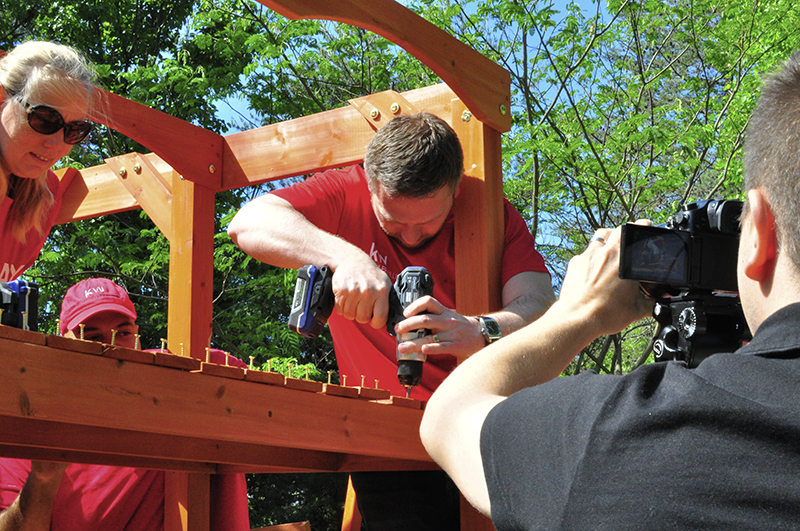 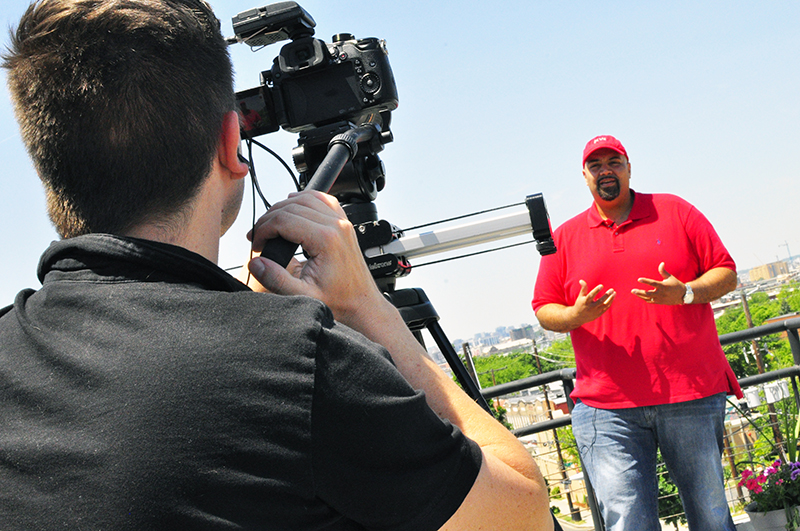 If you weren’t at the Gateway Pavilion last Saturday, you were obviously missing out. Local lifestyle group, Broccoli City’s mission is to promote environmentally stable, healthier living lifestyle in cool, more relevant ways. Each year they throw a festival that features music, arts, lifestyle activities and more. The lineup this year for the festival included acts like Erykah Badu, Joey Bada$$, Jaden & Willow Smith, Tink, Kali Uchis, Kaytranada, Tiara Thomas, and many more.

As mentioned in our blog Event Branding: Broccoli City, Broccoli City reached out to us to do the branding for their Broccoli City Festival event that took place this past Saturday, April 25th. We started with a logo that branched off onto several forms of press and marketing tools leading up to the event itself. Our branding was felt throughout the entire festival, from press badges to the entire stage backdrop and more.

Check out photos via Purple PPL Media below.

We recently worked with our clients at DTZ on a property shoot for Arlington Tower, in Northern Virginia. The main purpose for this video was to create an efficient edit that showcases their latest property listing, one of the tallest buildings in the DC region, by capturing multiple tenant spaces to be used in various marketing materials for the property. We shot time-lapse footage of several different angles of the building as well as various floors including the lobby, tenant space, and rooftop that uncovers the wonderful views of the DC/MD/VA area from atop the building.  Below are behinds the scenes photos from the shoot. 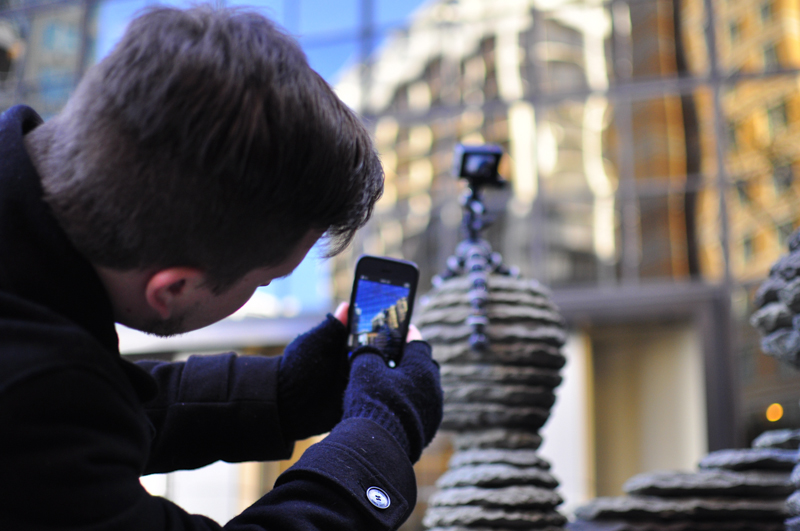 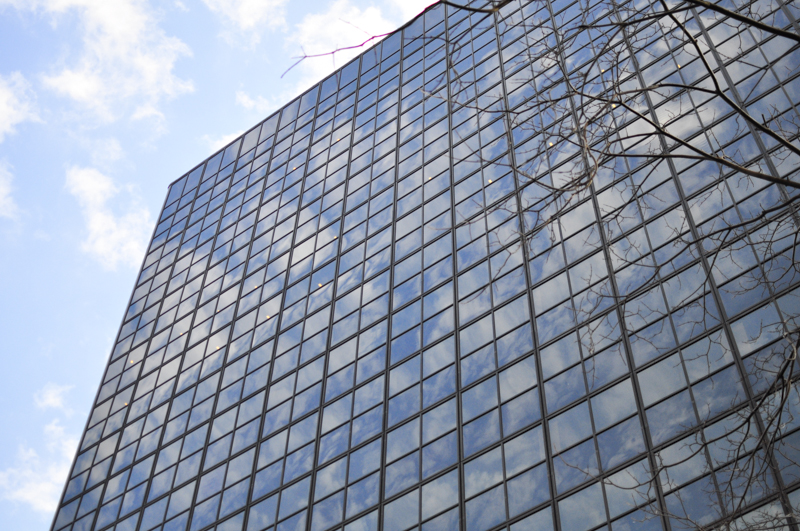 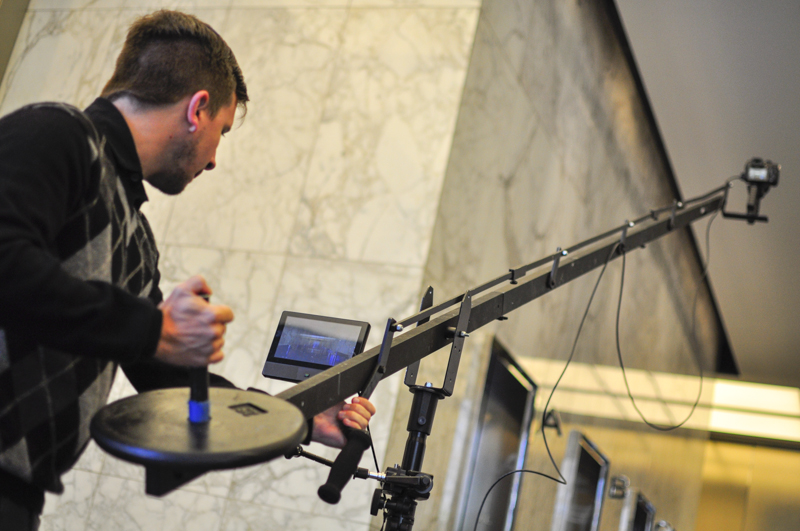 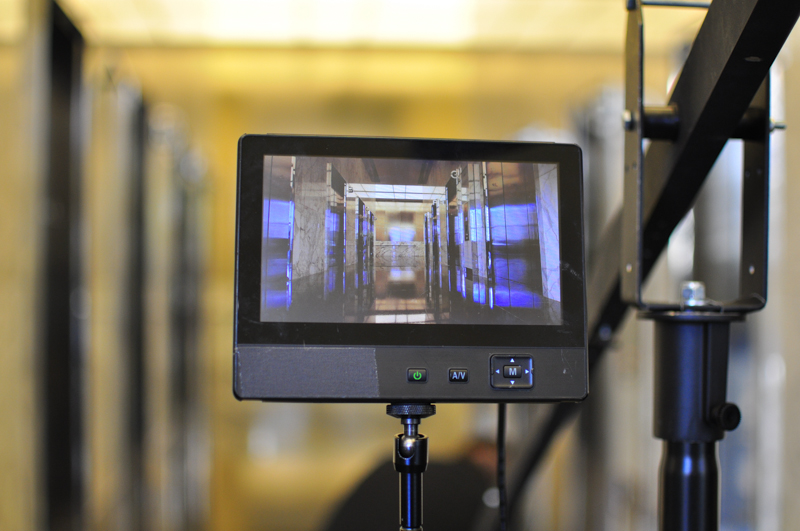 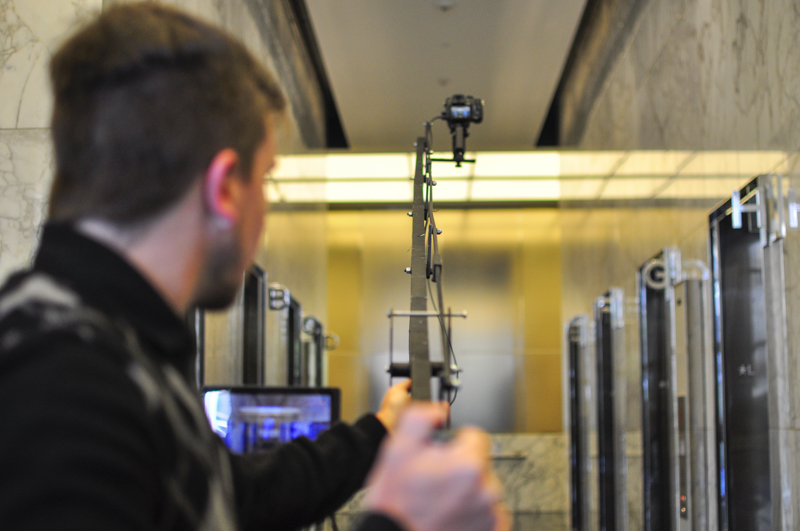 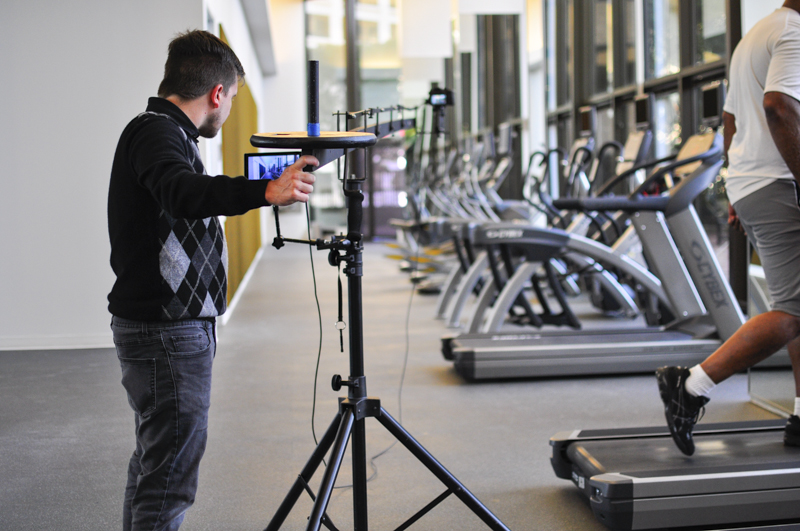 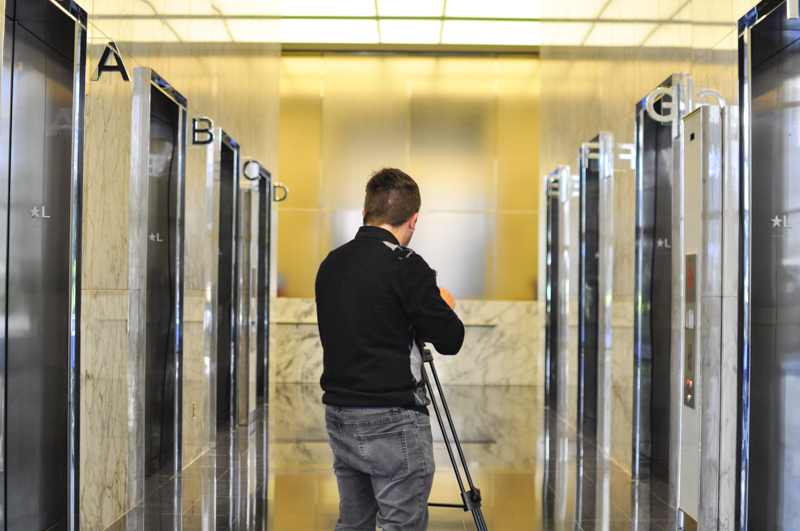 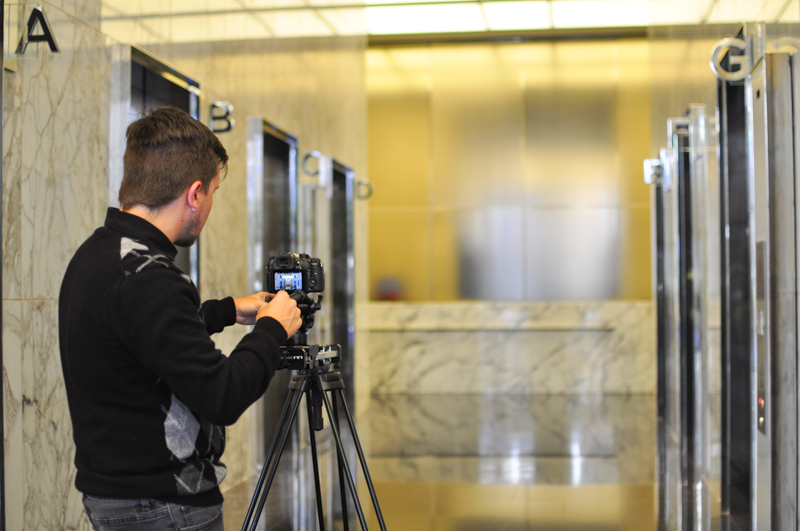 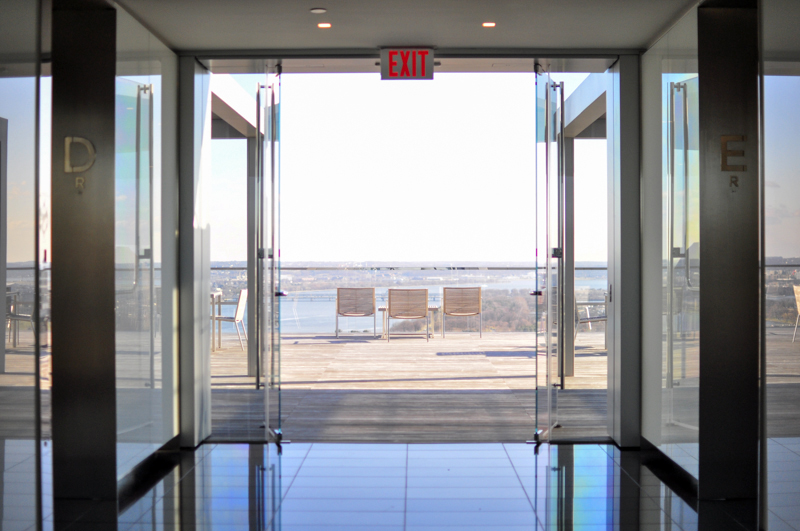 BLM spent the morning at the Team Eckenrode gym in Kensington, Maryland to meet with our client, personal trainer, Dave Taylor. We conducted a video and photo shoot to coincide with the upcoming website we’re currently designing and developing for his company, Real World Strength Systems. As with most of our videos, we filmed an interview portion, highlighting the offerings and benefits of his company, as well as Dave working in his environment, training a few of his clients in various training demonstrations.

Below are some photos from the shoot to giving you a behind-the-scenes look at the production.

Ready to get started? Let's Go!